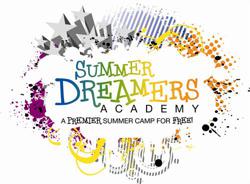 For the 2nd time ever the PFFL partnered with the Summer Dreamers Academy program through Pittsburgh Public Schools. Our curriculum based program is designed to not only participate in flag football but learn as well. As this is still new for the league, it's on the path to having another successful year. It was incorporated with all camp locations across Pittsburgh to serve kids from 1st to 9th grade in areas such as Arlington, Obama, MLK, and UPrep.

For children who were never introduced to flag football, being involved in this summer camp activity educates them about this growing sport. They learn, exercise, and have a great time with friends who they know and new friends that they are soon to make. Throughout the 6 weeks of camp, a child from each grade level was assigned a coach that acted as a facilitator and teacher. Each coach had there own community of kids as they learned the fundamentals to better themselves as players and learn to work with others.

Within their training and learning process the coaches orchestrated activities to adjust to each child's learning process. For instance, when teaching their players how to run routes, each child lined up and followed a organized set of cones that correlates to the specific route that the coach assigns. A key factor in flag football is learning how to grab the flag from the offensive player. Box drills were arranged that involved each player lined up five yards parallel to another set of players. The goal was to grab as many flags as they can, while doing it in a safe manner. Learning about routes and how to grab the opponents flag touches both offensive and defensive spectrum. Scrimmages also occurred to see how each team and individual player put their learning to use.

The goal when putting children into a training environment is to not separate their minds from just being in a summer camp, but to help them learn a organized sport. At the end of the day having fun is the most important thing no matter what.