BENGALS Take a Joyride to the 13–15 Division Title

Coach Kevin also considers that mid-season victory over the BILLS a turning point. 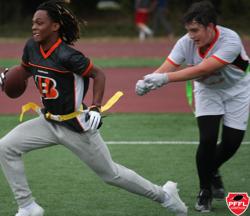 Two games into this season, the BENGALS sat at 0–2, having lost both at the hands of the BEARS. And when they trailed with under 10 seconds left in their third game against the BILLS, their season forecast looked less-than-sunny.

But the BENGALS punched in a touchdown to steal a last-second win, and three weeks later, they’re champions. And what’s more, they punctuated their title run by avenging those early-season losses to the top-seeded BEARS with a 32–7 rout. 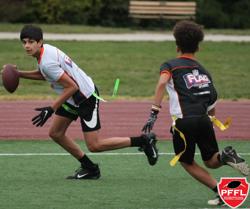 Each team had already played two games, so the players were running on tired legs. Early on, that didn’ seem to be a problem—both teams hit on quick-strike touchdowns on their first possessions. The longer the game wore on, though, the more it looked like the BEARS, who didn’t have any subs on the day, were running out of gas. The BENGALS were a half-step quicker than the BEARS; Remy and Hasaun’s telepathic bond juiced up the BENGALS’ offense, and Raven, Justin, and Ethan roamed the secondary and put the BEARS’ offense in a bottle. 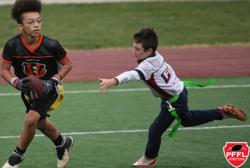 As he handed out the trophies, Coach Kevin made sure each and every one of his players got a standing ovation. He told me how proud he was of his team for overcoming their rough start and, more importantly, maintaining positivity and continuing to have fun. It’s why he made sure to rotate all of his players and give them each opportunities to make plays at every position—and by Coach Kevin’s estimation, that was a big part of why they turned their season around. “When you keep everyone involved and they feel like they’re an important part of the team, they’ll play harder and better,” he said. 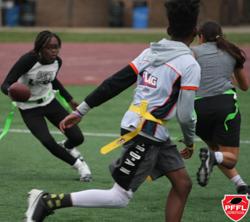 Coach Kevin also considers that mid-season victory over the BILLS a turning point. “After that win, you could see a change in their body language,” he recalled. Hectic wins like that are often a galvanizing force. This one forged the BENGALS into something strong enough to take home the title. 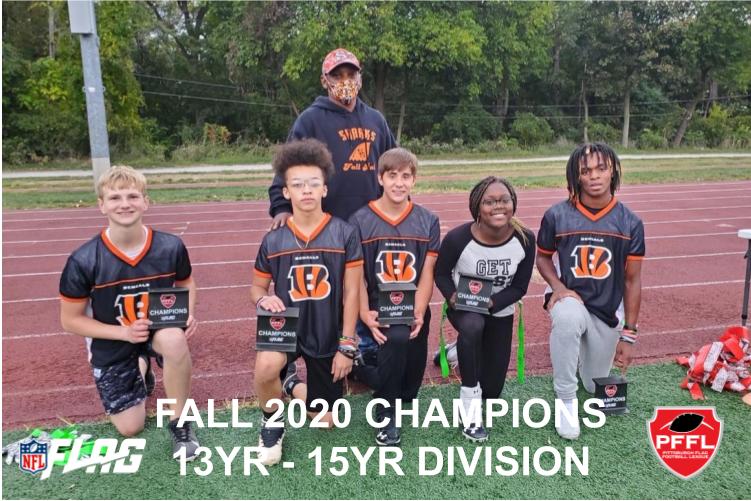